PingOut is a Copenhagen-based collaboration that designs, manufactures and supplies activity and furniture for urban spaces across the world. We offer the PingOut ping pong table and the HangOut furniture series. We also offer custom designs, artist collaborations, events and video/photo documentation. 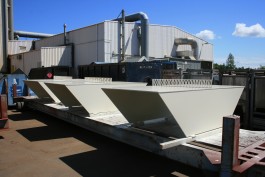 Collaboration has always been the starting point for our projects. To ensure top quality for products and deliveries, we work closely with Elverdal on production and distribution of the PingOut & HangOut series.

Anders is a photojournalist and a passionate table tennis player. Troels holds a MA in furniture & spatial design and has roots in the street environment.

How it all began 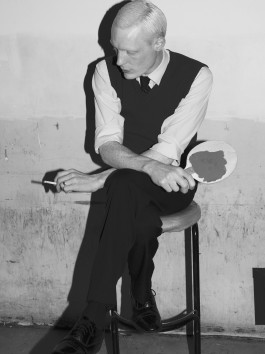 Back in 2009 Anders Find went to Berlin, he heard about a group of old punks that lived under a ping pong table in a park.

"What I saw in Berlin was: that table tennis has a unifying effect and everyone can join, ”

"I decided to document this with my camera," he says. “The interesting thing was that these punks had a fantastic impact on the place. Homelessness tends to have a negative effect on the urban space, but here they could act as instructors. Berlin is patched up with ping pong tables, and I also thought that there should be more of this in Copenhagen."

There was not far from thought to action. The next step was to find someone who could lead the project. It became furniture designer Troels Øder Hansen, who is passionate about table tennis and has his creative background in the street environment.

“I have always been fascinated by and  attracted to making projects in the street, and here was an opportunity to combine furniture design with street activities,” explains Troels. “It only took three months from we first meet to the first ever PingOut table was produces and delivered. It was simply meant to be.”

First prototype tested with the blacksmiths at Lindø Shipyard.